The most popular butterwort in cultivation, Pinguicula moranensis is relatively easy to care for and makes a great candidate for windowsill and terrarium growing. P. moranensis is native to Guatemala and Mexico and is highly variable, as far a butterworts are concerned.
Aimé Bonpland and Alexander von Humboldt first came across Pinguicula moranensis on their Latin American expedition between 1799-1804. They collected the species from the outskirts of Mina de Morán in the Sierra de Pachuca of the modern-day Mexican state of Hidalgo. Bonpland, Humboldt, and Carl Sigismund Kunth together described the plant in their 1817 publication, Nova Genera et Species Plantarum. The species was named after the type plant’s location in Mina de Moran.
Since then, the variable little ping has been redefined on at least two different occasions and split into new species based on morphological distinctions (mostly flower-based) and geographical location.

Sample of N.A. Pitcher Plants For Sale in the Marketplace

Like many Pinguicula, Pinguicula moranensis is a voracious eater and its flypaper-like leaves decimate gnat populations. Carnivorous leaves form 2 to 8 inch (5 – 20 cm) rosettes, are an attractive hue of lime green, and different varieties have pinkish blotches and edging. Leaves tend to curl upwards along their edges. Like most carnivorous plants, our sticky little friend captures and digests prey to supplement the nutrient-poor soils they naturally grow in. In the wild, you’ll frequently find them growing alongside agave and Tillandsia.

As a perennial, Pinguicula moranensis retreats into 2-4 inch (5-10 cm) rosettes of spoon-shaped, non-carnivorous succulent leaves from winter into early spring. In their natural habitat, these months are dry. The half-a-dozen to many-dozens of succulent leaves stay compact, tightly rosetted, and prevent moisture loss. Like most succulents, these leaves can be used for propagation by plucking them from the main plant and placing them in moistened soil.
It’s during this dormancy period that the plants produce their first set of seasonal flowers. The second, and final set of flowers show up by late summer. Multiple 6 to 10 inch (15 to 25.5 cm) flower stalks can be produced at a time with each containing a single, delicate flower.
Flowers of Pinguicula moranensis vary from purple, to violet, to bright pink, and even white in an Alba form. 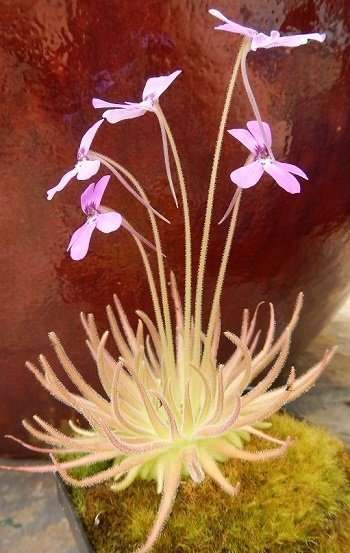 Pinguicula gypsicola is a marvelously peculiar Mexican butterwort. It straight-up looks like the kraken emerging from the depths to swallow a ship. Or maybe it looks more like a sarlacc hungry for Boba Fett? 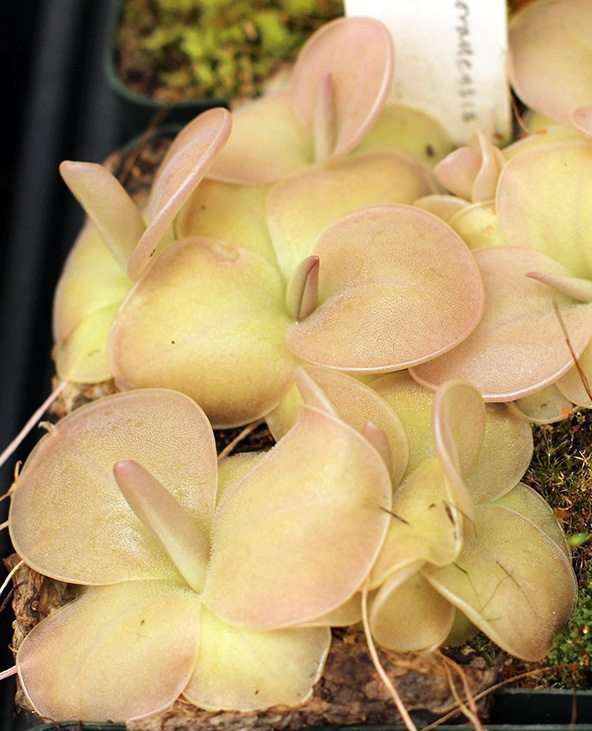 The most popular butterwort in cultivation, Pinguicula moranensis is easy to care for and makes a great candidate for windowsill and terrarium growing. It's a handsome ping and highly variable, as far a butterworts are concerned. 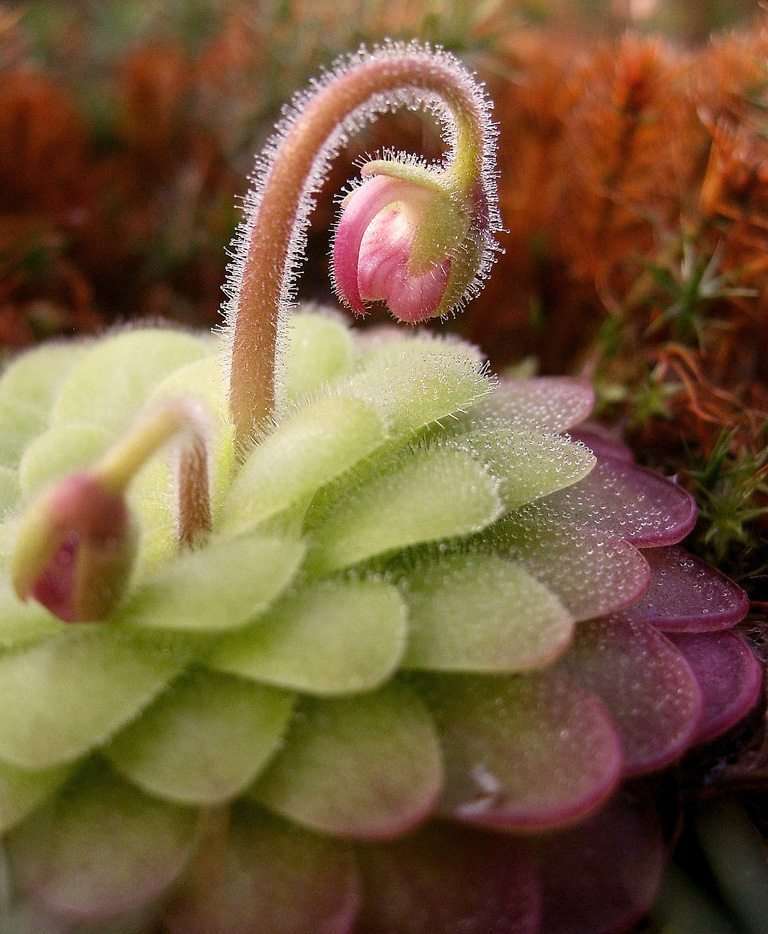 Butterworts are the carnivorous plant equivalent of flypaper. Commonly referred to as “pings” from their scientific name Pinguicula, this name means “little greasy one” in Latin. It is derived from their broad green leaves that are covered with tiny glandular hairs that secrete sticky mucilage, greasy to the touch. 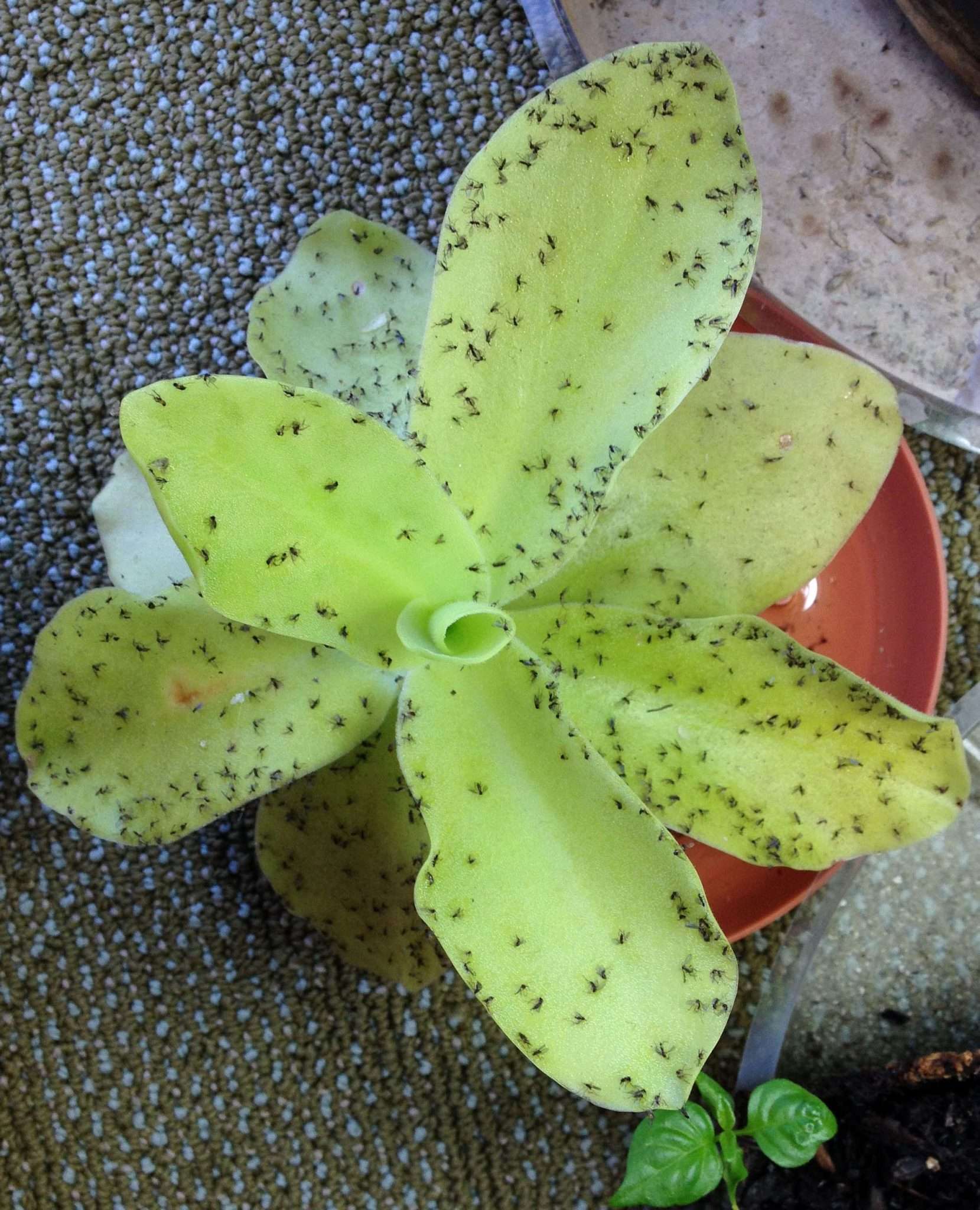 You say "gigantea," I say "gigantic." Pinguicula gigantea lives up to its name as the largest known Mexican butterwort with a diameter of around one foot. This ping is easy-growing, and does well outdoors at the author's Northern California residence.